This blog has been silent for quite a while, nearly 3 years in fact, which is a great sign, of course. It shows that my mental well-being has been good. But this entry obviously points to the return of a few issues. However, that subject won’t be the entirety of this post.

This past 12 months has seen me have some of the most wonderful experiences of my life, but for some reason, towards the end of the year, my brain decided to reign me in a little bit. ‘You were enjoying yourself too much, Ryan. I’ll take care of that’.

January was January, nothing much happened. A steady month, for the most part, until I reached the end days, and developed a mighty sore throat! If someone had told me back then the amount of issues this little sore throat would have caused me, I’d have never believed them. A throwaway diagnosis from my local GP, without any prescription, resulted in a second visit, and tests, which showed a clear case of Tonsillitis and a Strep Infection. Perfect, a diagnosis and some pills. I would soak up the sympathy for a week or so, taking my antibiotics, and then I’d be back to normal. Wrong! Oh, how wrong I was!

My throat issues continued through the months, and it was hard functioning with the constant pain. However, one person, someone whom I hadn’t met yet, was about to give me a boost, and enter my life.

For months previous, I had been chatting to a girl on Tinder – yes, Tinder, and for all the time we were chatting, I had felt too unwell to meet her. I knew it was getting to ‘crunch’ time, and that she would either give up on my lame throat excuses, or some other guy would swoop in before me. So, it was now or never, I had to take the plunge, fucked-up throat or not, or I would end up having to put it down as another one of my life’s regrets. I remember getting to the bar early, with the usual first-date excitement. Sweaty palms, pounding heart, rehearsing over and over in my head any conversation starters that I may need. And when she messaged to say that she was in an Uber and on her way, well, that was it. No excuses now. And please, Ryan, try not to go on about your throat too much! Then, minutes later, she was in front of me. Amanda – the most beautiful sight.

That was us. Established March 22nd. Honestly, I had given up on the idea of finding someone to love, and to love the way I do for you, Amanda. X

Since our meeting, we have had numerous adventures, as a (fairly) young couple would. Gigs have been frequent, and we’ve found some of ‘our’ songs. Wonderful nights away in a haunted castle, and numerous nights playing games like Dobble! Record Store Day, the Chihuahua and Cat cafes, Cards Against Humanity, and your birthday, are times I’ll never forget.

Through most of the year though, my throat issues continued. Courses and courses of antibiotics, steroids, too-strong painkillers, were not working. My mind was going into overdrive, diagnosing myself with the worst. More tests were carried out, all negating anything serious, but the pain and swelling continued. Finally though, after another hospital visit, it was decided. These troublesome tonsils were to come out! Instil doom-laden Ryan! Straight on Google, finding out the mortality rate of a tonsillectomy. But don’t worry, the operation was months away, still plenty of time to enjoy life.

And then the day came. September the 11th. I wrestled with my mind, knowing that I could back out and no one would judge me, but then what? Live with this pain and infection for the rest of my life? It wouldn’t be possible. My Dad and Amanda came with me to the hospital, early in the morning. I had hoped they would be allowed to stay with me, until the very last moments, but it wasn’t allowed. They dropped me off, and were asked to leave. It was just me, and my exhaustive brain. I had convinced myself that these were the final hours of my life. As I changed into the hospital gown, and put my belongings in a plastic bag, I sent final messages to my loved ones, while tears streamed down my face. Will I ever see them again?

In the waiting area, with two fellow tonsil sufferers, we traded nervous stories about our ailments. My name was the last to be called, and that was it, too late to back out now. My final thoughts, as the anaesthetic was pumped into my hand were of my family – my Mum, Dad, David, Claire, Olivia, and Amanda. How will I be mourned? The lights went out.

The lights came on again. Groggy, and restless. Yes nurse, more morphine, please! Waving to random people, my blurred state slowly cleared. Oh, the pain. But that would be it ... the end of my issues ... or was it?!

It was exactly a month after my operation that my brother was due his. Admittedly a much stronger person that I – both mentally and physically – I thought it would be a breeze for him. It was only a knee operation after all, when he’s just seen his little brother get two horrible lumps chopped out his throat! Despite this, I felt nervous, on a par with how I was before my own operation, maybe even more so. What was about to happen next, didn’t help my anxiety. As we sat in the waiting area, David disappeared to the toilet twice in quick succession, and I could sense something being off. After he sat down from his second toilet break, I began speaking, without looking at him. No response. I turned my head, and it was horror! His head was slumped and his face was diminished of any colour. I pushed and pulled on his arm, but couldn’t wake him. All eyes were now on us. I ran out of the busy waiting room, shouting for a nurse, ‘there’s an emergency, I can’t wake my brother up. I think he’s had some sort of fit, or something’, were similar to the words I blubbered out to them. They rushed through, along with one of the surgeons, and lay my brother on the floor. I still struggle with the sight, and not knowing what I was witnessing. ‘Does he have a pulse’, are words that will plague me for a while. Eventually, his eyes opened. Colour blushed into his face again. I could breathe. Just a ‘funny turn’ was what they put it down to, but for me, it was one of the worst things I have witnessed. I pleaded with him to cancel the surgery, but he persisted, and after some delay, it was done. Hours and hours later, we heard from him directly. Thank the lord.

Those traumatic times showed what love and family is all about. How everyone comes together, supporting one another through tough times.

My own personal recovery took quite a while, and I’m still dealing with some throat issues, but I’m assured they’ll go away, given time ... but it’s what happened next that knocked me off my feet.

Mental health had been a boring subject – nothing to talk about. I’d fallen in love, finally got my throat sorted, had a great family life, a decent job. I just wasn’t expecting anything to go wrong. But a casual visit to the cinema changed all that. After a fairly stressful day at work, I could feel the tension coursing through me. I sat in one of the comfy chairs, in the dark, as the movie began. Shit, here it comes again. The palpitations started, and I struggled for air. This is a panic attack, something I’ve not had in years. Immediately I wanted to run away, out of the cinema, to safety – to breathable air, but I persisted, aided by the girl I love sat to my left, and managed to get through it. But it wasn’t pleasant. For the two or so hours, I felt trapped in my head. For the few minutes at a time that I could actually concentrate on the film, I was okay, but then I would give in to the fear again. As we left the cinema, I felt embarrassed and bemused. ‘Where did that come from?’ I was in a good place, a great place, and it just hit me like a tidal wave. Surely it was just a one-off. Incorrect.

Since that episode, there have been several others. And it’s now stopping me from doing certain things. It’s affecting my relationships with family and friends, with my dream girl. It’s putting limitations on what I can do. But, I’ve taken steps to overcome it, and I will continue to do so. I’ve done it once before, I’ll do it again.

Hogmanay. I’d spent all day worrying about it. Out with my girlfriend and her lovely parents. A night of fun. But, all I consumed myself with was doubt. How would it look if I freaked-out and had to leave? I would ruin everyone’s night. I struggled and struggled with those thoughts, while chucking beta blockers down my throat and drinking chamomile tea. ‘Let me do this’, I begged my brain. And I did. And I had a good time.

There is one thing I vividly remember though. Watching all the revellers dancing, this one particular man stood out. The biggest grin. He was dancing, no cares in the world, his confidence sky high, just simply having fun. And I wondered to myself, ‘why can’t I be like that?’ I’ve been like that before. But I guess we’re all wired differently. And who’s to say that I won’t be like that again in a few months’ time, if not sooner. I’ll stick to my daily exercise, my reading, my writing (again), and be with the people I love. There will be days where I struggle, and don’t want to do anything, but there will be days where I will be good, and they will become more and more frequent, until they are the only kind of days I have.

So, overall, it’s been a year of amazing highs, and some unfortunate lows. The best thing was meeting the incredible Amanda, who has been so patient with me, through my throat issues, and now my mental health issues, while she works such an emotionally demanding job, one I’m so proud of her for doing. I hope that we can be eggheads together forever. She’ll take care of me, and I’ll take care of her. 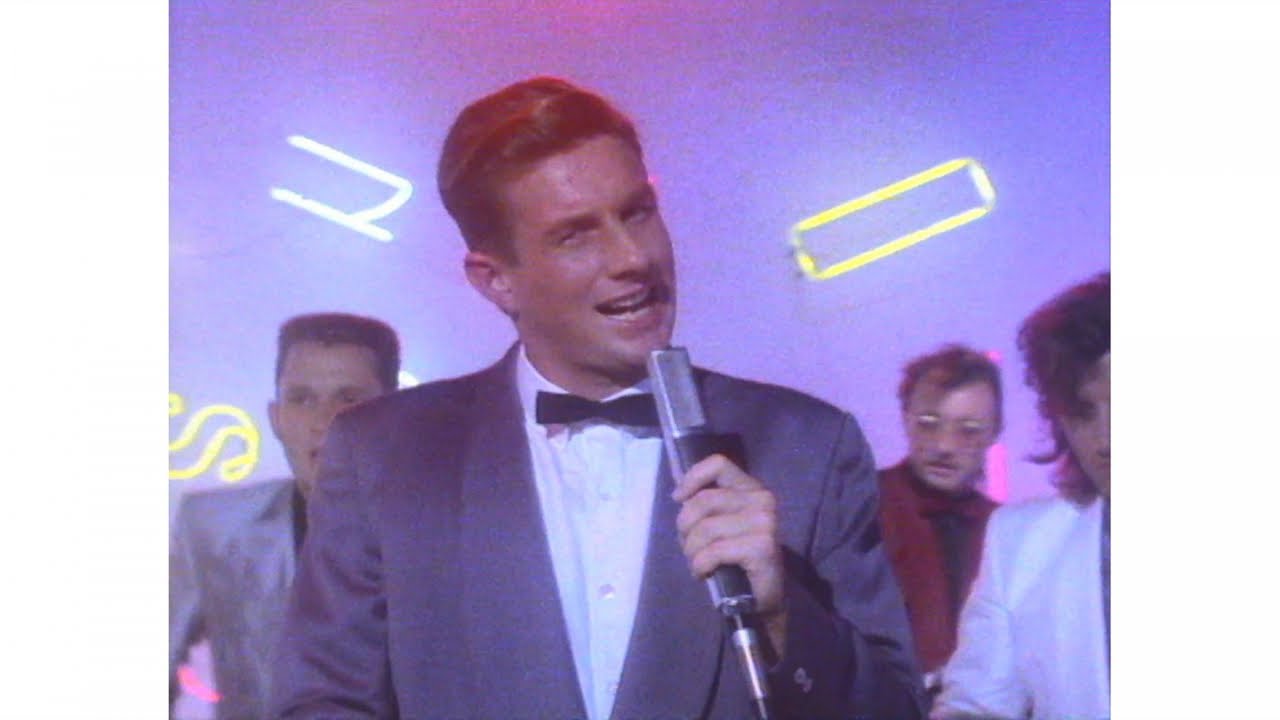 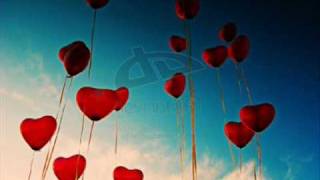 MY LOVE HAS GONE 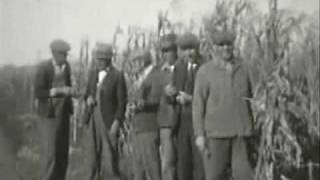 THE TEMPLE (OF DOOM) 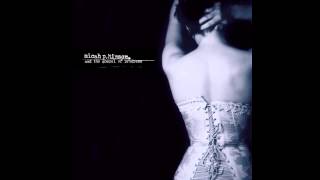 CRYING IN A CAR PARK

THE SUICIDE IN ME